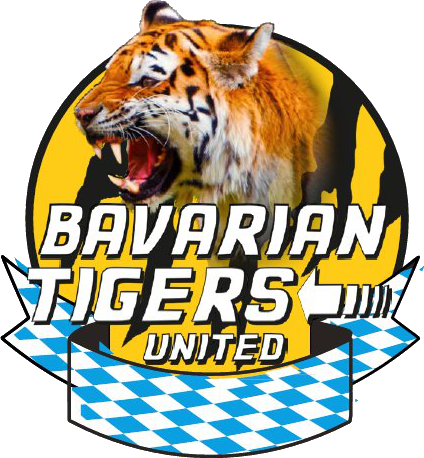 Efforts to save the future of the Tigers in Bavaria lead to another key event at Neuburg Air Base.

After the overwhelming vote of the pilots of 742 Fighter Sqn on January 10 to request membership in the NATO TIGER ASSOCIATION, and a few days away from the final close-down of Lechfeld Air Base,
the heritage of the 321 Tiger Sqn was passed on March 18 in an official military ceremony titled “Bavarian Tigers United”.  The ceremony was lead by Col. Pfeiffer, Cdr of 74 Fighter Wing. The presence of the leaders of the German Air Force, Chief of Staff LtGen Müllner and the Commander of the German Air Force Command, LtGen Schelzig, underlined their interest and kind approval in this matter.

The European wx however was not friendly, so that only Tiger representatives from 31 and JTS made it to the ceremony, Schleswig and Posnan bases were black in heavy snowfall. And –our Army comrades would smile and we AF let them smile– in consideration of the many guests, the ceremony was transferred inside a huge hangar. Both 321 Tigers –many of them already posted- and the Flying Group 74FW had lined up. Col. Pfeiffer pointed in his speech to the goals, values and achievements of the Tigers. Then, what started according to military parade procedures, changed during the proceedings to a distinct Tiger-style demo–to the delight of all participants and guests. The well known 321-Tiger vehicle entered the hangar, a Tiger stepped out carrying the 321 sqn flag with Bavarian rhombi and the Tiger crest. The Tiger was truly a Bavarian one, identifiable by a kind of beer belly.

The last CO of 321, LtC “Atze” Schröder then passed the 321 flag as symbol of the Tiger traditions to the CO of 741 and 742 Fighter Sqns, LtC “Turbo” Grüne as the future guardian. After the ceremony all were invited to the new home of the Bavarian Tigers for Bavarian style food (which includes beer, because this is regarded in this country as food). Everyone relished in a relaxed and joyful atmosphere. Highlights that followed were the donation of all 321 Tiger outfit that we know from NTMs: the Tiger car, the Tiger mini bike, a Tiger helmet and the first “dead Bug” in the new Tiger Home.

Supported by all leadership, the aspiring Bavarian Tigers will participate with their Eurofighters at NTM this year in Oerland. On this short notice all support resources were already assigned and distributed. We do not know in what numbers and for how long, but they will show up. 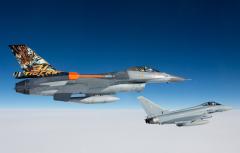 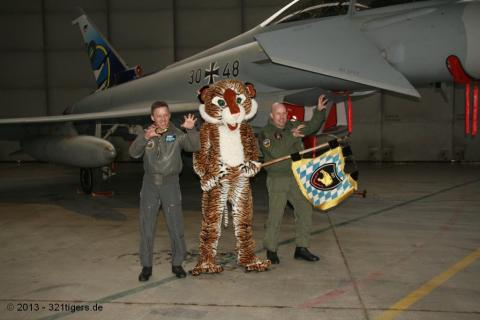 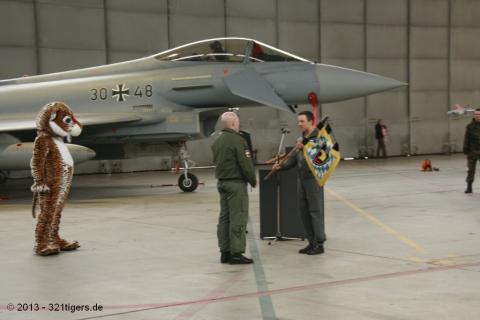